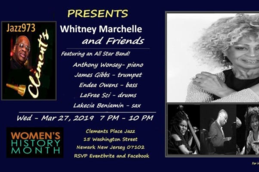 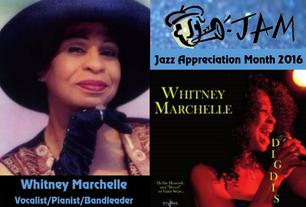 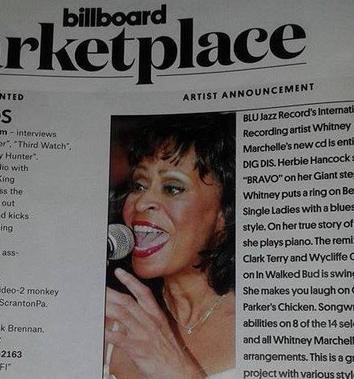 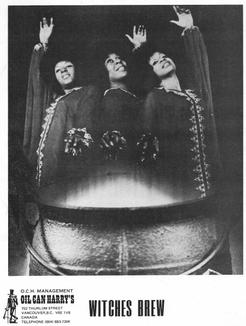 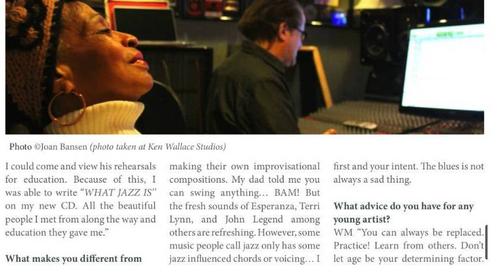 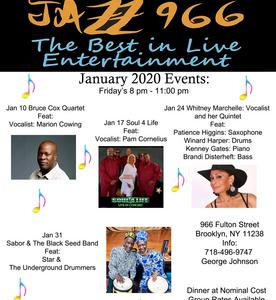 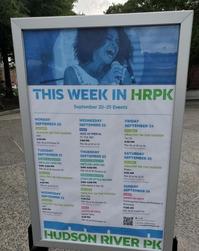 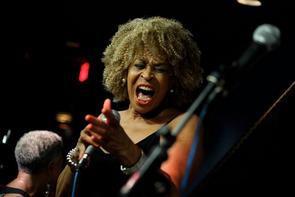 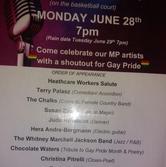 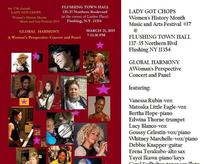 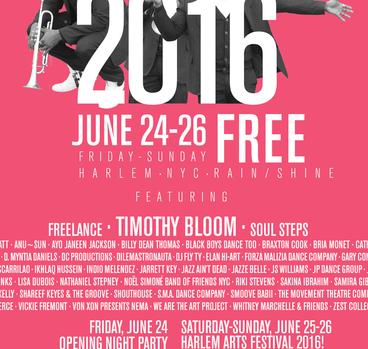 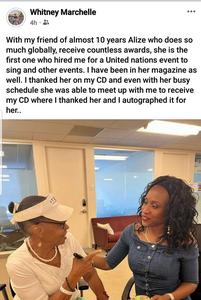 Jazzmobile 50th Anniversary: Vocalists like Cynthia Scott, Ghanniyya Green, Lynette Washington, and Whitney Marchelle were some of the leading ladies that ignited the stage that evening with beloved jazz standards and cherished blues renditions. 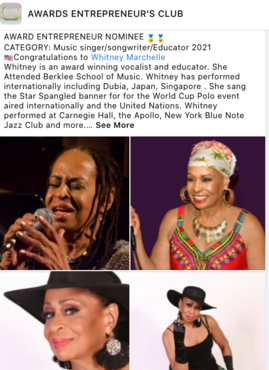 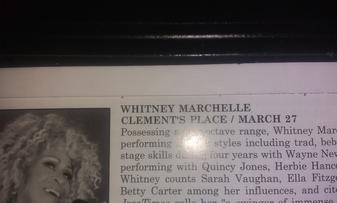 BUFFALO NEWS SAYS: One of the unheralded yet significant moments of the Lewiston Jazz Festival, Inc. was the appearance of former Ahmad Jamal bassist Sabu Adeyola with Bilal Sunni-Ali, formerly tenor sax player with Gil Scott-Heron. The two represented jazz steeped in rich history. Joining them from New York City was Whitney Marchelle, who has performed with Clark Terry, Herbie Hancock, Steve Torre, and others. Whitney sang Coltrane's Giant Steps (as she does on her fabulous Dig Dis CD), a highly regarded version in which Herbie Hancock exclaimed "Bravo". She also sang Equinox and Summertime, as well as, others. this performance, you witness jazz in its purest and historic form. One of the special highlights of the festival. 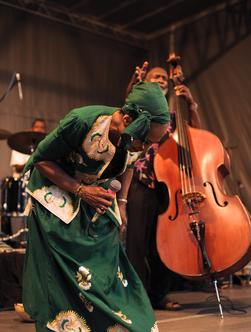